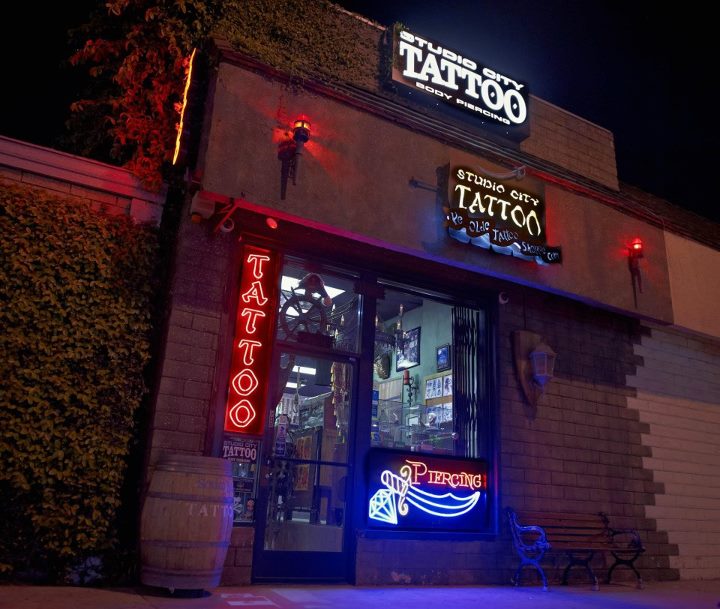 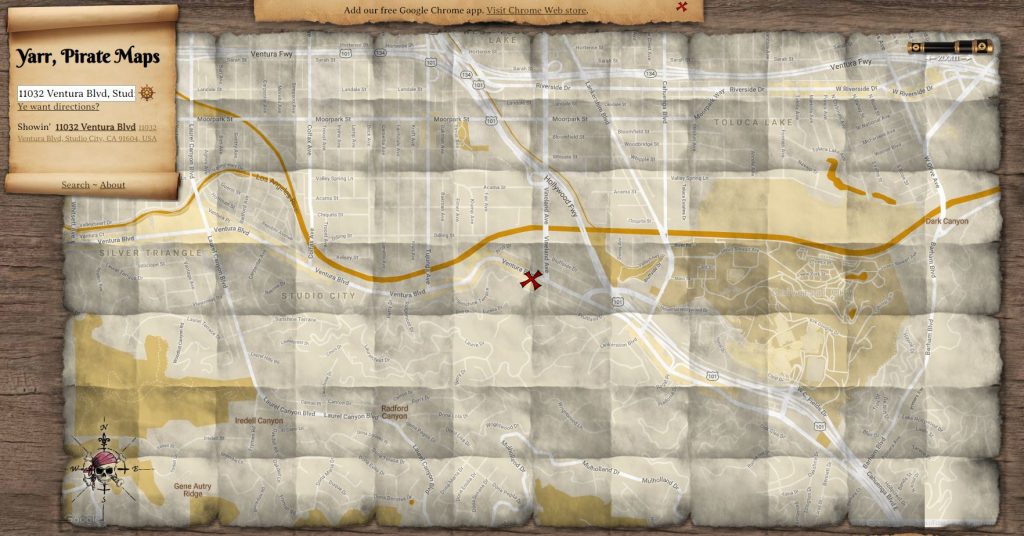 Studio City Tattoo and Body Piercing’s, location is in Studio City, Los Angeles California. Our location is 11032 Ventura Blvd and our cross street is Vineland. We’re next to Super-Cuts just across the street from 7/11 and our landmarks are the Fox and Hound and Residuals Tavern. We are not far from the Beverly Garland Hotel.

No results found in this location. Please try again.

Originally known as Laurelwood, the area Studio City occupies was formerly part of Rancho Ex-Mission San Fernando. This land changed hands several times during the late 19th Century and was eventually owned by James Boon Lankershim (1850–1931), and eight other developers who organized the Lankershim Ranch Land and Water Company. In 1899, however, the area lost most water rights to Los Angeles and was no longer viable for farming.[clarification needed]

Construction of the Los Angeles Aqueduct began in 1908 and water reached the San Fernando Valley in November 1913. Real estate boomed, and a syndicate led by Harry Chandler, business manager of the Los Angeles Times, with Hobart Johnstone Whitley, Isaac Van Nuys, and James Boon Lankershim acquired the remaining 47,500 acres (192 km2) of the southern half of the former Mission lands—everything west of the Lankershim town limits and south of present-day Roscoe Boulevard excepting the Rancho Encino. Whitley platted the area of present-day Studio City from portions of the existing town of Lankershim as well as the eastern part of the new acquisition.[1]

In 1927, Mack Sennett began building a new studio on 20 acres donated by the land developer.[2] The area around the studio was named Studio City.[3] In 1955, Studio City’s Station 78 became the first racially integrated station in the Los Angeles City Fire Department.[4][5] In 2015 Ventura Boulevard through Studio City, along with Lankershim Boulevard, was the site of CicLAvia, an event sponsored by the Los Angeles County Metropolitan Transportation Authority in which major roads are temporarily closed to motorized vehicle traffic and used for recreational human-powered transport