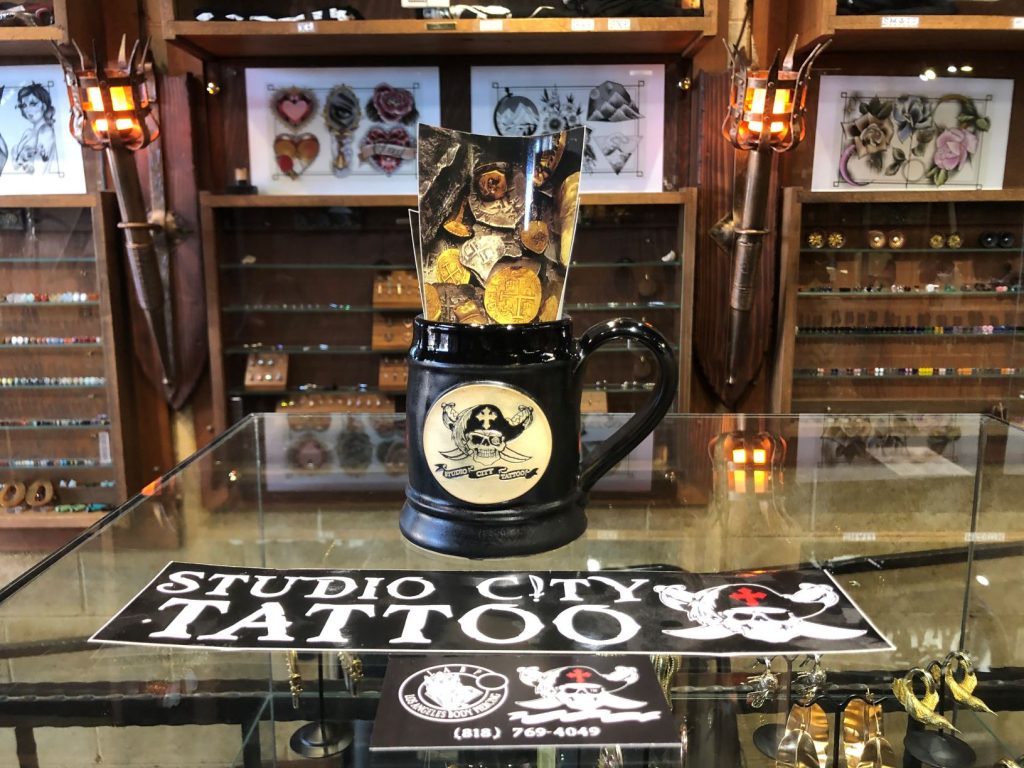 This holiday season you can give them a gift certificate for a tattoo or body piercing from Studio City Tattoo. A piercing with beautiful gold body jewelry from Los Angeles Body Piercing (inside SCT )is a great gift from a leader in the Los Angeles tattoo community. Los Angeles Body Piercing offers great body modifications and beautiful, high-quality body jewelry from the top jewelry craftsmen in our industry. We carry Body Vision Los Angles (BVLA)  Anatometal, Maya, Tawapa, Diablo Organics, Evolve and more!

Give the permanent gift of tattoo or the flash of new beautiful gold body jewelry and get a Studio City Tattoo Shop Mug, T-shirt or aftercare package with the purchase of a gift certificate. 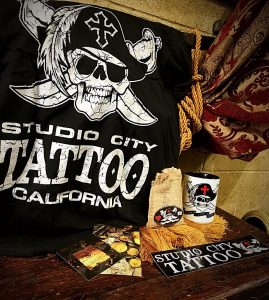 How do I give a tattoo as a gift?

Step 1: Know that the person you want to gift a tattoo to wants one.

Step 2: Talk to them about it! Saying “I know you’ve been talking about getting a tattoo… I’d like to help make that happen” is a relatively easy way to start.

Step 3: Hand them their gift certificate from Studio City Tattoo!

You also need to have a conversation about the budget for the piece with the person you’re gifting a tattoo. If you came up to me and said “I want to pay for your next tattoo” and there wasn’t a price associated with that, you might be surprised at how expensive a single tattoo can be (I think my next piece is probably going to run me into the four digits…)

While it takes something out of the gift giving, it’s an important conversation to have (unless, of course, money is no object.) Saying “I’m going to buy you a tattoo” is different from saying “I’ve got $X to put towards your next tattoo.” While you may want to do the former, what most people mean is the latter. Hopefully, the tattoo the recipient of your gift wants is under your dollar figure, but if it isn’t then you put the recipient of the gift in an awkward position: Do they compromise on their design ideas to meet your budget, or do they pony up their cash to cover the shortfall? Some people are good with that, other times. The gift feels a bit inconvenient.

The biggest thing in gifting a tattoo is to talk about it. It’s not a good surprise gift. It can be an excellent gift, though, and one the recipient will have for a very long time

Order Your Gift Certificates Now-Please put in notes below which gift you would like? The coffee mug is only available with a 100.00 purchase.

You can order here, and we will send you the certificate and gift of choice along with the gift certificate. After paying via PayPal (which instantly gets you credit for the certificate) Make sure to put the T-shirt size and your current address in the PayPal notes. You can also pick the gift and certificate up in the shop.

Fill the name of the person for the Gift Certificate in notes on the PayPal receipt and also where you want the item shipped. Call us in the morning around 10 am if you have any difficulty.