Jose is a Los Angeles based tattooist, where he’s worked as an artist with Studio City Tattoo for the last eight years. A renaissance man, of sorts, he has been successful in multiple mediums throughout his long career in art—everything from prop work in the film industry to interior design—but has found a happy home in the world of tattooing. Jose has a knack for storytelling and views his work as a perfect and permanent medium to not only accomplish this, but to foster meaningful connections with people. Artistically, his tattooing is influenced heavily by the Golden Age of Illustration. He excels at Neo-Traditional and Illustrative tattoo styles, but loves American and Japanese Traditional styles as well. With work published in several tattoo magazines and a loyal, ever-expanding clientele base, Jose has established himself as a significant presence in the tattoo community. He feels grateful for the trust people put into him and takes pride in all aspects of his work—collaborating with clients to produce beautiful, original tattoos and making the tattoo experience equally as important as the finished product. 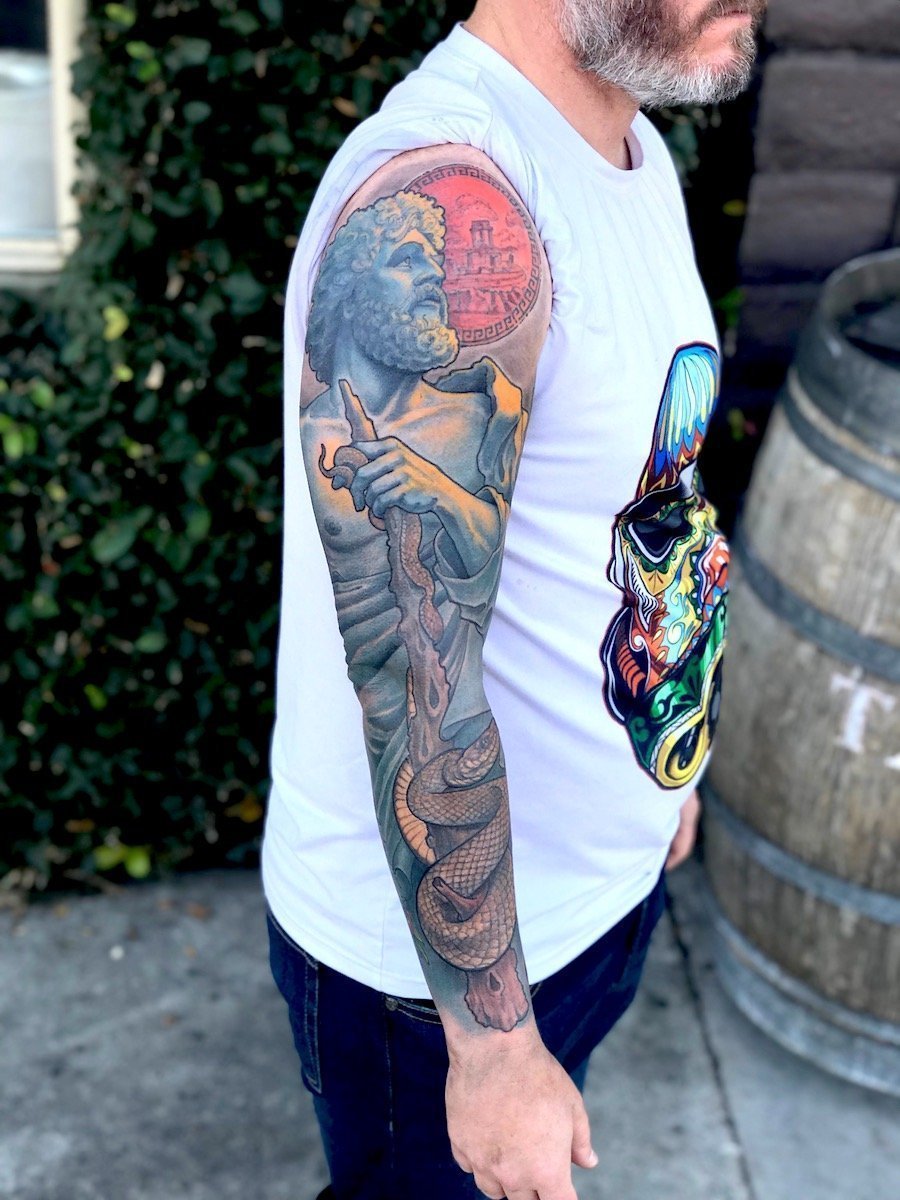 I may not be the typical client at SCT - a middle-aged white woman getting her first tattoo! My son did great research for me and recommended SCT. It was a great experience from beginning to end. Jose is super professional and precise. He was so patient with me and did several sketches before we settled on the one I wanted. It's all in the prep! Once we agreed, the work was completed in 20 minutes and I left with my first (and maybe not my only) tattoo. Everyone there is great. Highly recommend!!!

This place is absolutely amazing!! As soon as you walk in, you're welcomed by friendly staff that help you right away. I've been going to Jose for my tattoos and the work he does it absolutely perfect! He made my ideas come into a reality and I couldn't be more happy with the outcome! His eye for detail is astounding. The only place I trust to get my tattoo and piercings! 🙂